Ok so two of my favourite things are donuts and cinnamon rolls… so it’s time I combined the two to make a keto cinnamon roll donut! I gotta say – it was PERFECT. The donuts are fluffy and BIG. 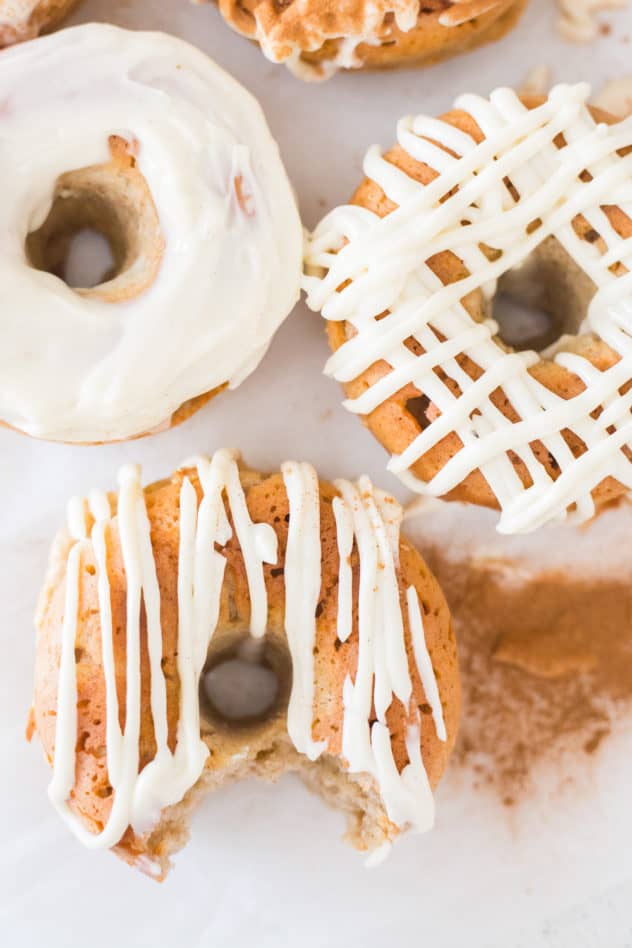 So I based this recipe on my basic keto donut recipe, however I added eggs! However you can omit the eggs and use either water, cream or almond milk instead (1/2 cup/125ml).

If you don’t have a donut pan or mold, use wet hands to form them into a donut shape and bake on parchment paper.

Usually my donuts look pretty nice on the outside, but for some reason, this time it had some holes in the top – not sure why but it didn’t affect the taste and it was so FLUFFY.

A cinnamon roll.. but as a donut! These are perfect and so fluffy. Gluten, grain and sugar free. This keto cinnamon roll donut is the best way to start.. or end a day!

This recipe must be missing something? Cinnamon? How much should be in the batter?

Haha you are right! 1 tbsp!

I know this post is a couple years old, but I’m hoping you still get notifications for questions🤞🏼Do you have any substitutions for the whey isolate? I have the HARDEST time finding it! Thanks!