I’m on a smoothie kick right. My favourite is peanut butter, but today I decided to make a keto strawberry smoothie! It’s SO YUMMY.

So unlike my last smoothies, where I used mostly cream & almond milk, today I used unsweetened Greek yogurt! It was absolutely delicious. 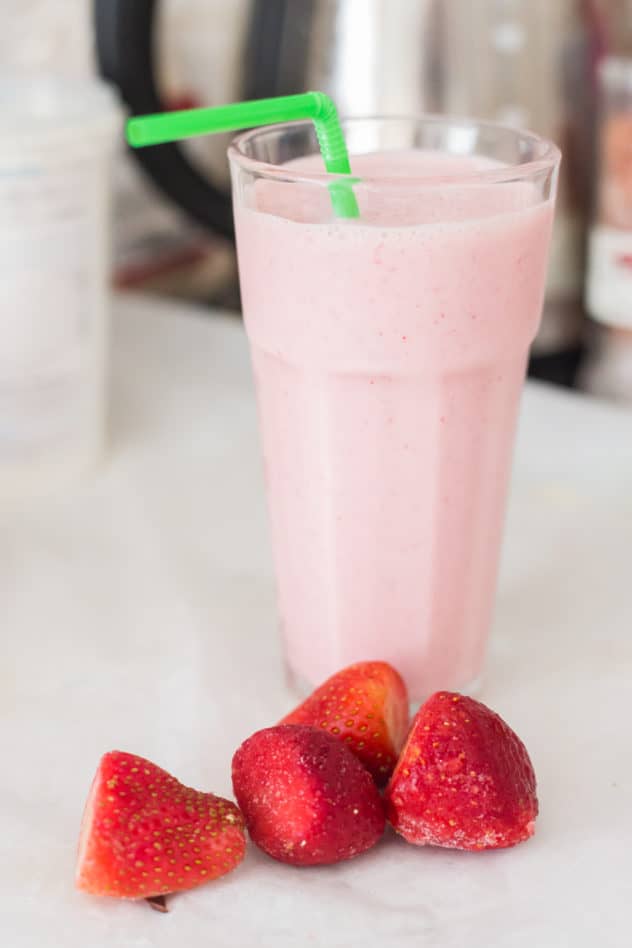 So the Greek yogurt I used was full fat, unsweetened. I bought it from my local grocery story, which was tough because 99% of the Greek yogurts were low or no fat. However, I managed to find one!

I also used frozen strawberries. I would recommend using fresh strawberries because some frozen ones contain sugar (mine didn’t) but I also found that the fresh fruit tastes so much better. The frozen berries have a different taste.

There’s definitely a lot of different ways to up the smoothie game. I recommend adding some banana flavouring! I found Foodie Flavours has a delicious banana flavour but so does OooFlavors.

If you like this smoothie, make sure to check out my keto cinnamon roll smoothie, keto peanut butter banana smoothie or keto butterbeer!